Our In-House team combines real first-hand business experience with consultancy and coaching skills to provide practically focused strategic growth plans for your business. To complement our own staff, we have a network of experts that work with us on specialised projects and training to help your business develop.

We provide a range of services to complement your business needs regardless of business size. Since 1983 Airedale Enterprise has supported over 20,000 individuals and businesses who have accessed our business support services and we hope you do too. This includes business advice, business planning, cash flow forecasting, Business training & development including ISO quality management systems and digital media support. Become part of the Airedale Enterprise family by renting our incubator offices or hire our shared working space, meeting and training rooms.

Delivering activities in partnership with 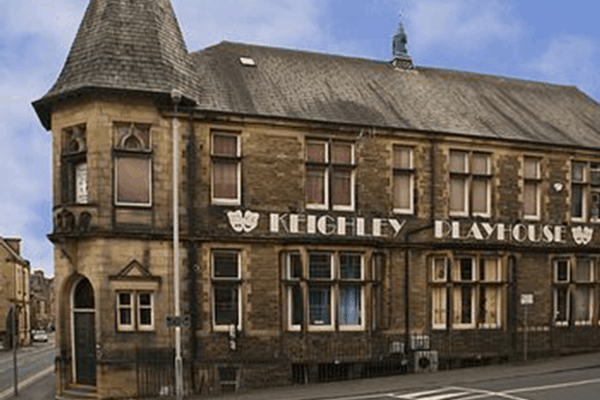 Keighley Local Enterprise Agency (KLEA) was originally set up to support local women into employment or self-employment by offering advice, guidance and training. Based on Devonshire Street, Keighley. KLEA uniquely featured a registered nursery so that people attending training could leave their children in safe hands whilst they developed their skills

A new home for KLEA 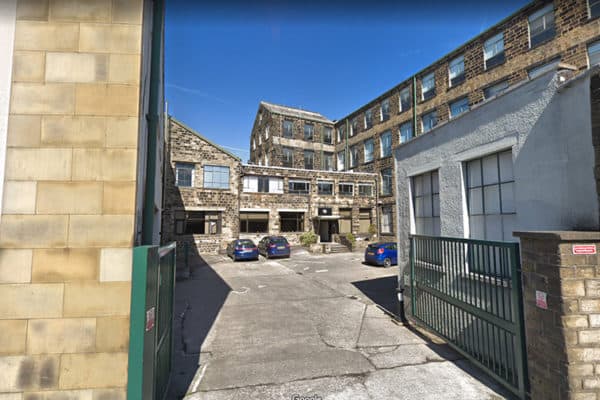 Holding monthly meetings across the area KLEA’s small business club for Aire-Worth & Wharfe Valleys featured both business and social topics and was supported both by Barclays and NatWest.

KLEA and the Keighley SRB 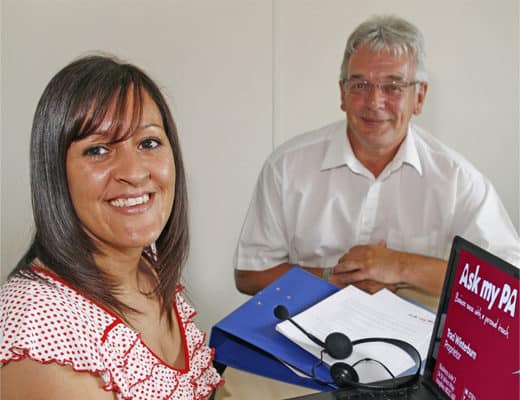 Funded by the Keighley SRB (Single Regeneration Budget) to provide one to one business advice, business start-up workshops including Business planning and cash flow forecasting, and training for existing businesses to develop and grow. During the 7 year period KLEA dealt with 8808 enquiries, assisted 321 new business start-ups and 248 businesses to surviving beyond 2 years 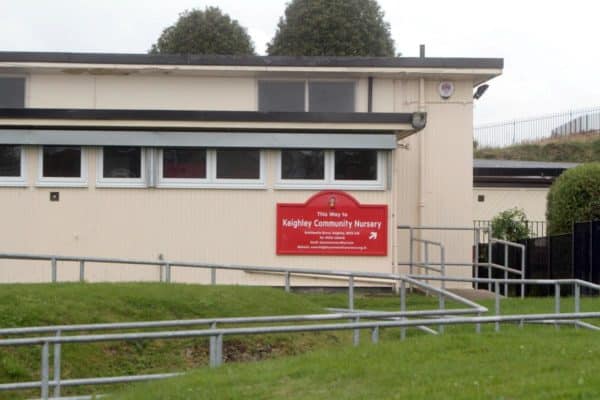 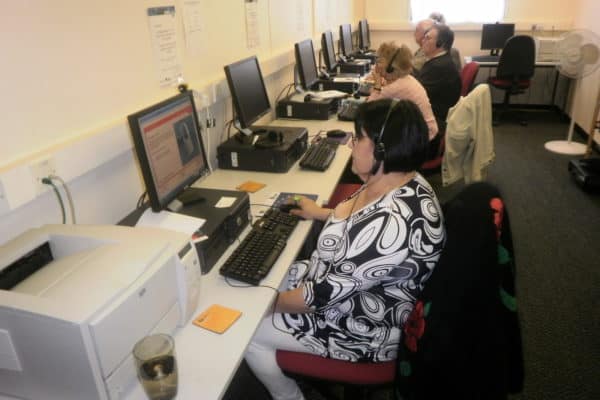 Offering free computer training including accredited training such as: CLAIT and ECDL to all members of the public. 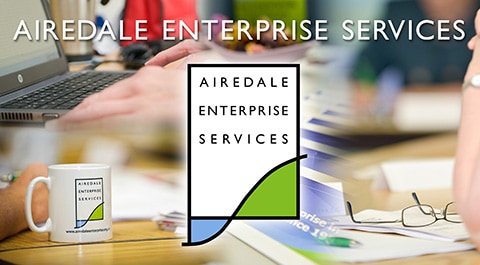 2006-2014 Airedale Enterprise Services (AES) joined a consortium of partners to deliver Bradford Councils’ Local Enterprise Growth Initiative (LEGI). Branded as Bradford Kickstart AES’s contract was to deliver business support services across Keighley, Ilkley, Bingley & Shipley. We introduced the BizzFizz model employing 2 Enterprise Coaches offering grass roots support across our communities; in addition to the traditional Business support for start-ups and existing businesses. During this time we also delivered the Job centre’s New Enterprise Allowance scheme for Keighley, Shipley and Guiseley helping the unemployed to realise their dreams by starting their own business or 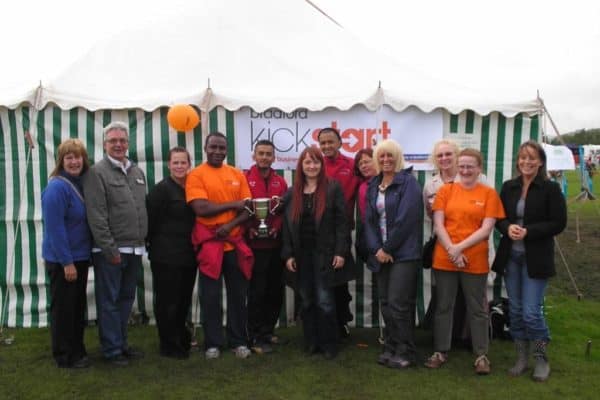 Yet another wet, muddy day in Keighley but still good fun for all concerned, AES won a cup for having the best trade stand, this was due to the pro-active approach made by the team. The stand included the Kickstart business counsellors from Airedale Enterprise Services, the Jobs@ team from Keighley, Celia Hickson Bizfizz coach for Keighley and Amy Driver from the “Grid” along with four new start-up businesses trading their goods. 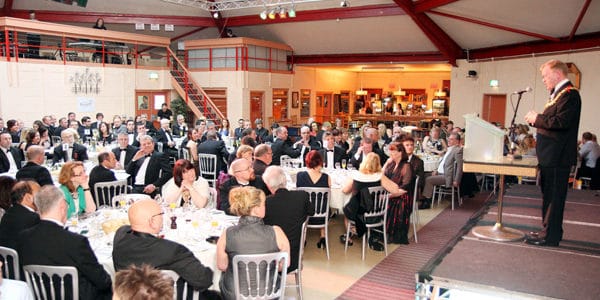 AES is a founding member of the Keighley Business Awards, now Keighley & Airedale Business Awards. Growing in stature and popularity every year; due in no small part to the AES contribution and, in particular, the huge amount of time and effort put in by Wendy Spencer, our CEO.

Chosen as the main delivery partner in West and South Yorkshire for Virgin StartUp loans – the government backed start up loan scheme. Since 2013 we have helped 89 Individuals to access loan funds totalling £1,152,100 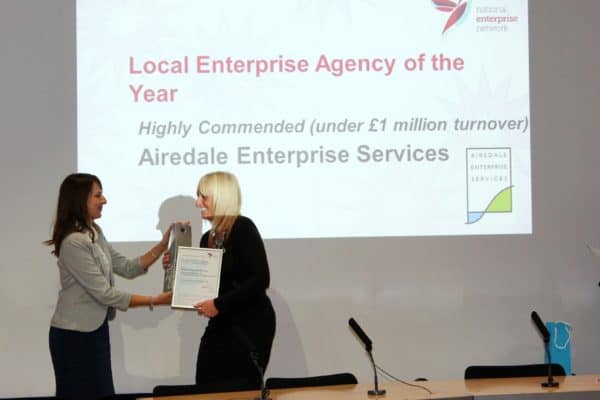 In November 2013 AES received a national award for outstanding work with new and existing businesses and entrepreneurs in the district. The award was presented by Paul McEldon, chair of the National Enterprise Network, who said: “AES delivers so much with just seven members of staff. The resilience they have shown and the adaptations they made in light of changes in the enterprise landscape are noteworthy.”  Wendy Spencer, business manager at AES received the commendation saying: “The team deserves this award and in our 30th anniversary year this award has been the icing on the cake.” 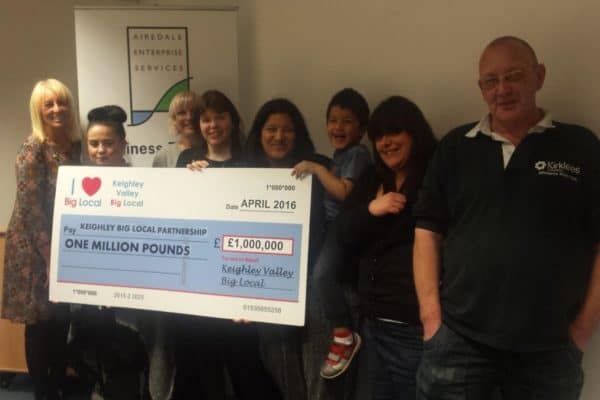 Chosen as the Locally Trusted Organisation for Keighley Valley Big Local AES provides the management services to this 10 year £1m funded lottery programme (funded by the Local Trust) for Keighley East ward to make the area a better place to live, work & play 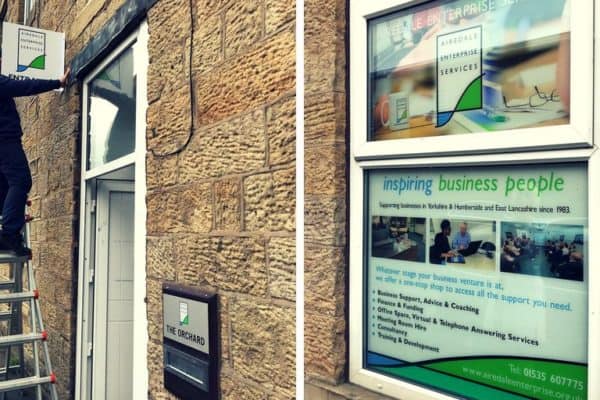 Relocating from Lawkholme Lane to our current offices on Sunderland Street, Keighley meant AES could expand our services offer, set up incubator offices to house 7 start-up businesses, introduce shared office space, improved training and meeting rooms, virtual office services. Created a welcoming environment for businesses to use our meeting and training facilities, developed a whole range of business development training opportunities and identified funding opportunities via the LEP skills service so that businesses could receive financial support towards the cost of training.

A new business club for the district

Launch of the very popular AWWEsome Business club, providing networking and information events for locally based businesses from across the Aire, Worth & Wharf Valley in partnership with Federation of Small Businesses (FSB) who sponsors the events. 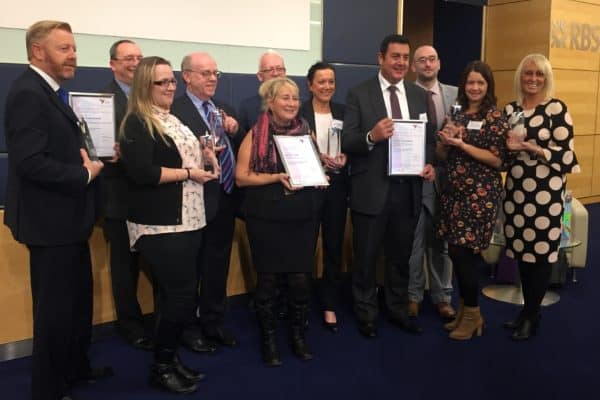 Very proud to have won a national award “The Future of Enterprise Support” at the National Enterprise Network award ceremony in London.”Airedale Enterprise Service’s application demonstrated sheer resilience in the face of change.  A major blow came with the end of its long term contract with Bradford Council – who had part funded Airedale’s business advice service for over 30 years – but Airedale have worked 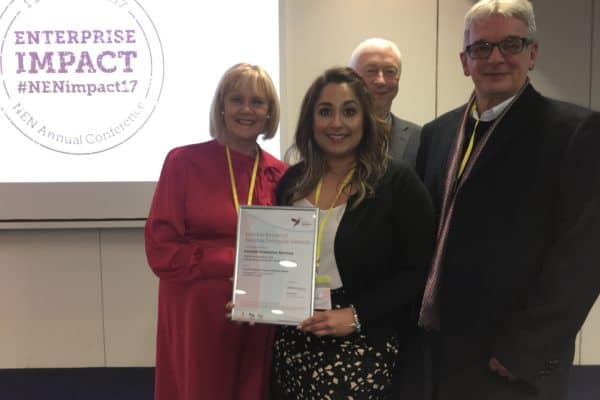 Awards were presented to organisations and individuals from within membership of National Enterprise Network; recognising excellence in the delivery of enterprise support and encouraging the exchange of good practice.

AES chosen by the community to manage Keighley CLLD! 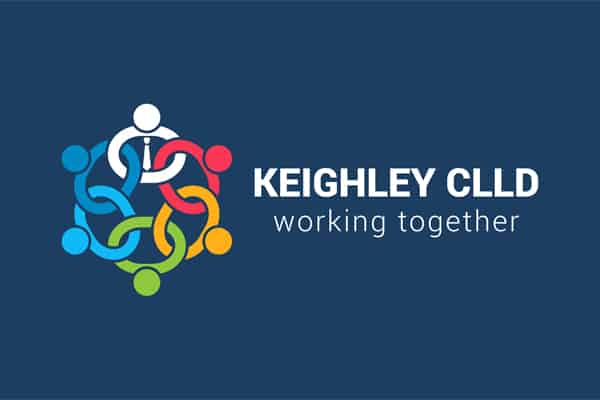 AES was chosen as the Local Action Group support team for the Keighley Community Led Local Development programme.  Keighley CLLD area has been successful in securing European Structural Investment Funds managed by the Department of Communities and Local Government and the Department of Works and Pensions a total of £1.4m of European Regional Development Fund (DCLG) and £1m of European Social Fund (DWP) to deliver a £4.8m programme.  Keighley Community Led Local Development is a locally managed funding programme that will target selected areas in Keighley. The programme is designed to encourage local groups & organisations rooted in the

Yet more success – featuring our Sonia! 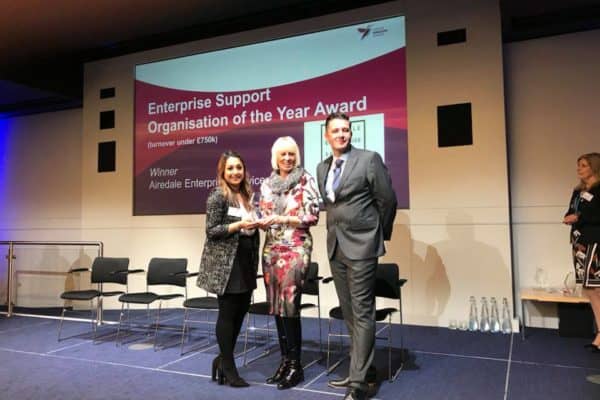 AES was once again extremely proud to have won another national award “Enterprise Support Organisation” of the year in November 2018 at the National Enterprise Networks awards ceremony at Barclays Canary Wharf. Sonia Patel our Centre Manager and Digital Marketer also won “Unsung hero of the Year” for the outstanding contribution she makes towards the success of Airedale Enterprise Services

AES to lead on tech training 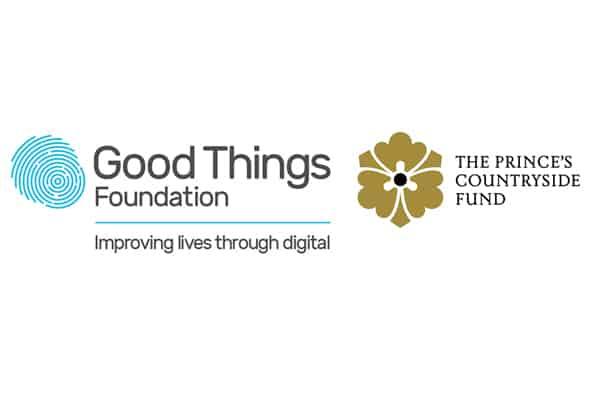 Awarded a contract from The Good Things Foundation in association with The Princes Countryside Fund to deliver “Digital Enterprise Support” to start ups and existing businesses within rural communities. 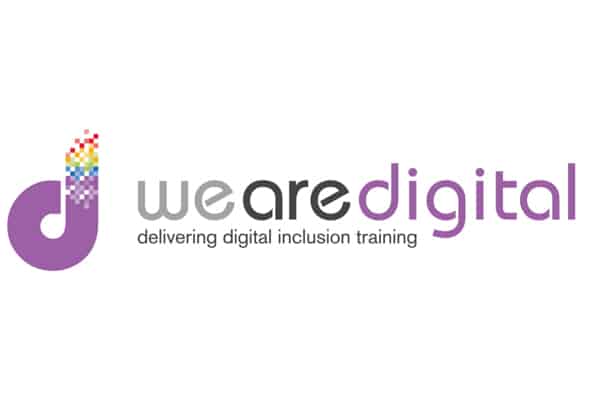 Awarded a contract with “We are Digital Training Ltd” to deliver the Home Office’s Assisted Digital Support for people requiring help with applications for EU settled status or visa renewals.

Announcing the arrival of The Skills Service 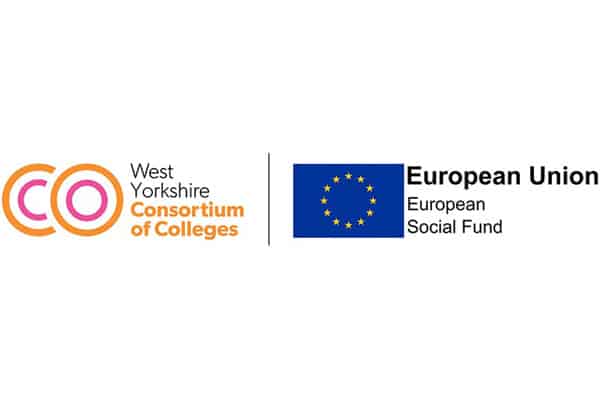 Awarded a contract from The Skills Service, via the West Yorkshire Consortium of Colleges, to offer Business development training to businesses within the Leeds City Region who can apply for 40% towards the cost of training (eligibility rules apply) get in touch now to discuss your needs.