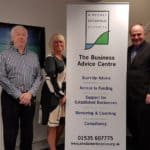 FUNDING totalling almost £5 million has been awarded to Keighley to stimulate economic growth and jobs.

Some of the most deprived areas of the town will receive matched EU funding via the Leeds City Region European Structural Investment Fund to support activity that addresses local needs and opportunities over the next five years.

Keighley MP John Grogan this week said that small businesses, start-ups and the long-term unemployed would be among those to benefit next year.

He hoped the programme would provide “significant opportunities” to people in the least well-off parts of Keighley.

He said: “There is a lot of entrepreneurial talent in these communities and often all that is needed is a hand up to make a fresh start either in a new job or in starting a new business.

“Ironically this important initiative may well be one of the last acts of the European Union in Keighley during our membership.”

Mr Grogan added that Airedale Enterprise Services, who will deliver the project, already had a good track record of supporting small business in Keighley. He said Bradford Council would oversee the project.

The EU funding will lead to a Community Led Local Development (CLLD) programme being set up to cover Keighley East, Keighley West and Keighley Central wards.

He said: “This funding is about bringing together local communities giving opportunities to develop projects that tap into the potential of people in these two areas.

“These Community Led Local Development projects will provide support, education and skills to unemployed people, raising their aspirations and helping to lift barriers to entry to and progression within jobs.

“They will also aim to support new business start-ups and existing small businesses to help them to grow and expand.”

A Local Development Strategy has been developed for the Keighley zone, in partnership with local delivery partners, business and the local community.

Wendy Spencer, vice-chairman of Keighley CLLD, said she was “absolutely delighted” that Keighley had been awarded the funding.

She said: “Our aim is to make the area a better place to live, work, start new business and help existing businesses to grow. Skills development and job creation is a priority.”

“The Local Action Group together with the support team at Airedale Enterprise Services will be working hard over the next few weeks to get the plan into shape so that commissioning of projects can begin in the new year.”

The project will be funded through the England European Regional Development Fund as part of the European Structural and Investment Funds Growth Programme 2014-2020.