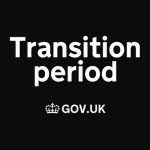 Guidance for businesses during the Brexit transition period

There is now a transition period until the end of 2020 while the UK and EU negotiate additional arrangements.

The current rules on trade, travel, and business for the UK and EU will continue to apply during the transition period. 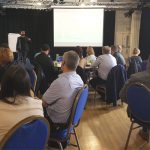 KEIGHLEY will receive a share of a £33 million investment programme aimed at tackling social inequality.

Bradford district is one of six places across the UK to win funds from Local Access, a partnership between Access – The Foundation for Social Investment and Big Society Capital.

The amount granted to Bradford has yet to be announced, but the partnership says it will be “significant”. The money will support charities and social enterprises in growing the district’s social economy.

Wendy Spencer, from Airedale Enterprise Services (AES), said: “We are proud to have been part of the successful bid for investment from Local Access.

“The investment programme will support locally based charities and social enterprises in Keighley and the wider Bradford district to grow the social economy and to tackle local issues.

“The funding is a wonderful opportunity to put Bradford and district on the map as the social innovation hub, creating new, and supporting existing, charities and social enterprises.”

Bradford Council chief executive Kersten England the fund would be used to support and encourage growth in the local social enterprise sector.

She added: “This will include further developing and maturing our infrastructure support and improving the offer of financial support for this sector.”

Kamran Rashid, chief executive of Little Germany-based social enterprise and innovation support organisation 30 Chapel Street, said: “Building on the results of our work elsewhere, we were determined to craft an inclusive, diverse, collaboratively designed process that brought everyone’s views together into a collective effort.

“The city’s success is a breakthrough for the social innovation economy in Bradford and positions the city to be the natural home for such work.”

Nasim Qureshi, chief executive of Inspired Neighbourhoods, said: “This is an amazing investment opportunity for Bradford’s social economy, kick-starting a journey towards establishing our city as a social innovation hub.”

Seb Elsworth, chief executive of Access, which helps social enterprises be more financially self-reliant, said: “We know charities and social enterprises do good work but the sector’s power as an economic force, one which can re-shape local economies and tackle entrenched inequality, is often overlooked.

“We’re delighted to be working with Bradford to help them realise this potential.”

Cliff Prior, chief executive of Big Society Capital, said: “Where you were born should not affect your opportunity to live a happy, fulfilling life.